Over the past 10 years, I’ve helped hundreds of manufacturers and distributors across the country implement Fishbowl, a fabulous inventory management system solution for companies that run their books on QuickBooks. 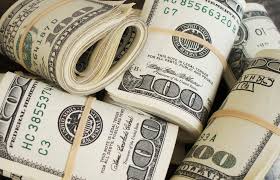 I’ve also worked with numerous other organizations that bring me in as a consultant to help them troubleshoot problems and/or get the most from their existing Fishbowl system.

What I’ve seen is that when implementing Fishbowl, a lot of people overlook a simple but crucial step before they go live. What is this error? They fail to ensure that their initial inventory is correctly entered into Fishbowl.

Why is this a problem?

By definition the inventory value equals Quantity times Cost. Both values need to be correct when going live. Some of the common and easily-overlooked errors that we see in the field are:

How big of a problem can these errors create?

To answer this, let me give you a few examples.

A while back a client brought me in after realizing they were $1 million off on their $2 million inventory. What was going on?

Well, I traced much of the problem back to the original Fishbowl implementation, which had not been reconciled with QuickBooks. Then, over the years, their journal entries to QuickBooks had served to compound the problem. So in this company’s case this surprisingly common mistake caused a $1 million error. An error that could have been avoided if someone had taken the time to reconcile Fishbowl to QuickBooks right from day one.

Last year one of our clients called us for help because their inventory numbers in QuickBooks were $300,000 less than in Fishbowl. As you might guess, we traced the problem back to their original implementation. The client had used Fishbowl for a year without posting to QuickBooks. When they switched over to using them together, they failed to reconcile the two systems. Seven years later they were still $300,000 off and trying to explain the issue to the IRS, an organization that is not known for appreciating the “oops” factor of errors like this.

Entering inventory quantities without any associated costs is a surprisingly common error. In the past month I have worked with four clients who made this mistake and went live with zero cost.  Amazingly for some of them it took as much as a month to realize that their cost of goods sold was zero. Had they reconciled Fishbowl to QuickBooks before going live they would have caught the mistake. But they didn’t do the reconciliation step, they continued to operate, and a few months passed before anyone questioned why they suddenly had a 100% gross profit margin.

TaraByte Solutions has been providing expert QuickBooks consulting and accounting services to small and mid-market firms since 2001. Our focus is the selection, sale and implementation of inventory solutions. Join the many retail, wholesale, manufacturing and e-commerce businesses that count on us for scalable best-of-breed applications.

One of our Fishbowl Inventory and QuickBooks experts will be happy to help.
Need Help? Schedule a Remote Session Now!
SCHEDULE NOW
We use cookies to help give you the best experience on our website.
By continuing without changing your cookie settings, we assume you agree to this. Please read our
cookie policy
Ok, I Agree